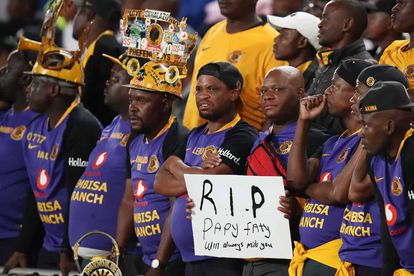 Chiefs fans during the Absa Premiership 2018/19 match between Bloemfontein Celtic and Kaizer Chiefs at the Peter Mokaba Stadium, Polokwane on the 27 April 2019 ©Muzi Ntombela/BackpagePix

Chiefs fans during the Absa Premiership 2018/19 match between Bloemfontein Celtic and Kaizer Chiefs at the Peter Mokaba Stadium, Polokwane on the 27 April 2019 ©Muzi Ntombela/BackpagePix

It’s another busy weekend for the local top flight as PSL action resumes once more, kicking off with a Friday night fixture.

Orlando Pirates and Mamelodi Sundowns sit pretty at the top of the log – separated by three points – but neither side is involved in league action this time around, with the Tshwane giants shifting their attention to continental glory.

This leaves Bidvest Wits and Cape Town, the only other sides with a realistic shot at the title with a chance to close the gap at the main contenders.

It is the Citizens who kick off the weekend’s action, as they travel to Port Elizabeth to face Chippa United at Nelson Mandela Bay Stadium on Friday.

Saturday sees two afternoon fixtures, with Highlands Park looking to cement their spot in the top eight against Polokwane City, while the struggling Maritzburg United pay a visit to fellow basement-dwellers Black Leopards.

The pick of the weekend’s action takes place at Peter Mokaba Stadium, where Supersport host Bidvest Wits at 18:00, and the night is rounded off with a late kick off between Bloemfontein Celtic and Kaizer Chiefs – a match that has been moved to Peter Mokaba Stadium.

There are two more fixtures on Sunday afternoon Steve Komphela faces his old charges once more with his Lamontville Golden Arrows squaring off against Free State Stars, while the struggling Baroka do battle with the high-flying AmaZulu.