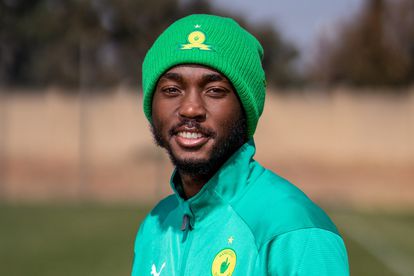 The 2021/22 DStv Premiership season has passed its halfway mark and the race is on for bragging rights as Mzansi’s top goal scorer.

The 2021/22 DStv Premiership season has passed its halfway mark and the race is on for bragging rights as Mzansi’s top goal scorer.

One of the biggest names in the DStv Premiership for the past few years has made his intentions clear – he want’s to play in the English Premier League!

Peter Shalulile recently spoke to iDiskiTimes about his ambitions to win the CAF Champions League with Mamelodi Sundowns and then play in Europe!

He is currently leading the race for the Lesley Manyathela Golden Boot.

Even outscoring the likes of Sadio Mane in the recent 2022 African World Cup qualifiers with Namibia.

“That’s my dream and that’s what I want to accomplish before doors open in Europe,” expressed Shalulile.

Imagine Shalulile in the English Premier League, La Liga or in Germany making a name for Africa and himself in Europe.

His first objective is to win the second star with The Brazilians before taking up European offers.

“To be honest, I want to finish everything in style because they changed my life, financially also. So I want to give them the token of saying thank you so much and giving them the second star and going to Europe,”

“I always wanted to play in the English Premier League, where the (Sadio) Mane’s and (Mohamed) Salah’s are. But if things don’t work out, Spain I don’t mind, Germany I don’t mind,” he added.