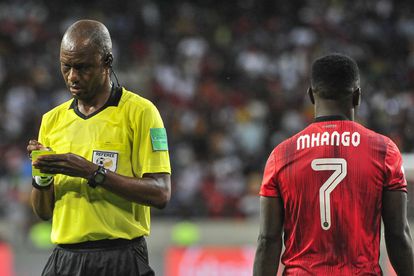 The PSL is building up to what could be a thrilling climax. While neither of the three title-chasing sides – Kaizer Chiefs, Mamelodi Sundowns and Wits – played this weekend, there were some interesting moves in terms of South Africa’s top division competition.

That in turn added some spice to the way the top scorers log is looking, too.

The win propelled Bucs into third spot in the league.

They’re now on 36 points from 20 matches – nine adrift of leaders Kaizer Chiefs, who have played a game less. The Chilli Boys, meanwhile, remain in 12th place on 22 points.

Elsewhere, SuperSport United missed out on a chance to move up to second spot, losing 1-0 to Golden Arrows at Sugar Ray Xulu Stadium in Clermont on Saturday afternoon.

AmaZulu’s Bongi Ntuli, meanwhile, scored to help his side sneak a 1-0 win over Polokwane City, meaning his unfathomable record of having scored all but one of his team’s goals remains intact.

Additional reporting by AFP and PSL.