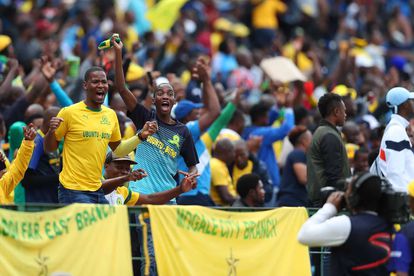 Mamelodi Sundowns coach Pitso Mosimane has expressed his concern about the toll the long season has taken on his charges, but they will have to give it one final push against Free State Stars at Goble Park on Saturday.

The Tshwane giants have the PSL title within their grasp – bar anticipated intervention from the PSL and Safa – as they sit two points clear at the top of the log with just their date at Goble Park to go, and a further three points will see them crowned PSL champions for a record ninth time.

This after a taxing season which has seen them make it all the way to the last four in the Caf Champions League to rack up a total of 51 matches with one left to play.

Mosimane has noted the fatigue experienced by some of his key players, singling out captain Hlompho Kekana and attacking ace Themba Zwane, who are expected to be called up for national duty by Bafana coach Stuart Baxter for the upcoming Afcon tournament.

“He (Baxter) is going to have flat players at the tournament but he is an experienced coach. He understands and probably, he will communicate because guys like Hlompho Kekana and Themba Zwane are finished.

“They just pitch for the match. I don’t talk tactics with them because they know what is happening. They’ve been hear for years and I hope Stuart Baxter knows where we are.”

Nonetheless, those tired legs will be expected to give it their all for another 90 minutes and, perhaps, the most crucial yet as Mosimane looks to have some silverware to show for his endeavors throughout the campaign.

Kekana will, in all likelihood, don the armband and slot in the center of the midfield alongside Rivaldo Coetzee, who has impressed in his new role.

Stars, who held Kaizer Chiefs to a one-all draw in their last outing will be going all out for three points, and might just field an unchanged XI from the side that almost upset the Soweto giants.