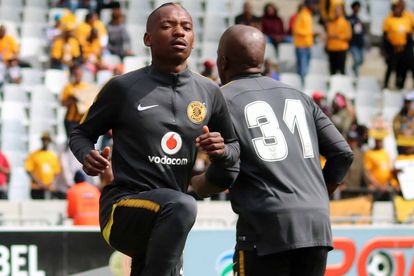 Supersport United and Kaizer Chiefs shared the spoils in an entertaining encounter which ended deadlocked at 1-1 at Mbombela Stadium in Nelspruit on Friday night.

The hosts came out all guns blazing and didn’t have to wait too long for the breakthrough as Mxolisi Macuphu headed in in the fourth minute after Bruce Bvuma’s save landed on his path.

Amakhosi’s search for the equaliser did not last long as Khama Billiat delivered a stunner from range which left Ronwen Williams rooted to the spot.

There were chances for both sides in the second half but neither could deliver the decisive blow.

This sees Supersport unmoved in fifth place, while Chiefs also remain seventh on the log.

In the Mother City, Cape Town City and Polokwane City also had to make do with a point apiece as things ended goalless at Cape Town Stadium.

The night’s other fixture was not short on goals, as Bidvest Wits came from behind to relaunch their title charge with a 4-2 win over Bloemfontein Celtic at Dr Molemela Stadium.

The hosts were on the blocks quickly, with Tebogo Potsane giving them the perfect start – netting in only the third minute.

Celtic clung on to their lead until the hour mark when Gabadinho Mhago drew level for the Students.

Ten minutes later, Wits took the lead for the first time as Gift Motupa bagged his ninth league goal of the season.

It looked as if 2-1 would be the final score, but Celtic hit back four minutes from time with Tshegofatso Mabasa continuing his fine goal-scoring form – also netting in his ninth of the season.

With things deadlocked at 2-2, it would be the Terrence Dzvukamanja show as the Zimbabwean international scored twice in injury time to hand Wits a 4-2 win, which saw them jump from fourth to second on the log, two pints behind Mamelodi Sundowns.