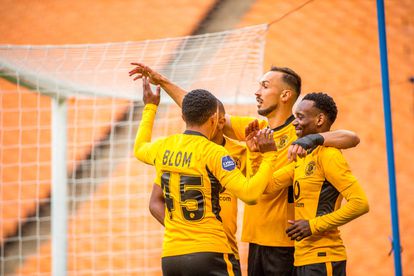 The DStv Premiership has some of the most valuable clubs in Africa housing some of the biggest names on the continent.

Kaizer Chiefs total transfer market value skyrocketed after they reached their maiden CAF Champions League final but is it enough to see them crowned the most valuable side in the PSL?

READ | PERCY TAU AND PITSO MOSIMANE REUNITE! 3 WAYS THIS WILL BENEFIT THE LION OF JUDAH

This article takes a closer look at the overall transfer market price tags accompanying our top 3 most expensive clubs.

Perhaps it is no surprise that The Brazilians have the highest value attached to their squad.

Sundowns have won the last four PSL titles and are the only South African side to win the CAF champions league. Conquering CAFL means an instant boost in the transfer market value of every single player and the same can be said for the DStv Premiership. Especially after showcasing such dominance and consistency.

The likes of PSL Player of the Season, Peter Shalulile and last year’s recipient of the same award, Themba Zwane, continue to dominate the PSL. They are worth their weight in gold.

READ | KAIZER CHIEFS | HOW MUCH IS AMAKHOSI LEGEND WILLARD KATSANDE WORTH NOW?

Pirates are currently the second most valuable club in the PSL, beating Chiefs narrowly for this honour.

This may surprise a few Amakhosi fans after Chiefs made their first-ever CAF Champions League final and Pirates were knocked out and humiliated 4-0 in the Confederation Cup quarter-finals.

However, the Buccanneers finished the recent DStv Premiership campaign in third place while Chiefs only managed to finish eight. Pirates secured the MTN8 trophy last year and Chiefs have been in a trophy drought for 6 years.

Amakhosi’s squad is the third most valuable in the PSL.

They currently boast the three highest-paid players in the DStv Premiership in Keagan Dolly, Samir Nurkovic and Khama Billiat. They will certainly rise above Pirates if they manage to finish above them in this year’s campaign.

They have already signed 9 players and have youngsters who will become more valuable to the club as they become more experienced.