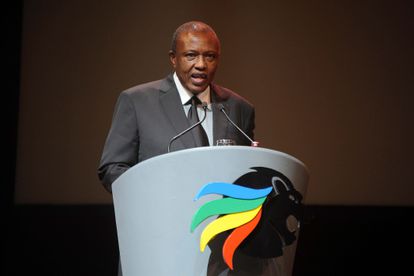 No payment since October – that is 3 months since the former coach of Marumo Gallants was due payment from the PSL and now he is set to sue them!

French coach Sebastien Migne was given his marching orders back in October. However, it was done in an ILLEGAL manner.

According to KickOff’s website, Migne claims that Gallants have not paid him what they owe since his dismissal over three months ago. This has caused a massive backlash from Migne. He was ironically dismissed for insubordination and abusive language towards his technical director.

READ | ITUMELENG KHUNE IS BACK AND READY TO REVIVE HIS FOOTBALL CAREER!

“We are still having problems because they didn’t pay me up to now,”

“We have a problem in that they created a big story with regards to the TD (technical director) to avoid paying me my release salary, so I asked a lawyer to take care of the matter. In the future they will be obliged to pay me, and this is what I have been told by my lawyer,” stated Migne.

“It is shame because they created some trouble for nothing. They can criticize all they want but the truth of the matter is known, and we would have only been able to compete better with time,”

They have tarnished my image, but I have some hopes to come back one day and show what I can do so we will see, explained Migne.

Migne was initially replaced by Raymond Mdaka for the interim period before Dan Malesela was officially named head coach.

Another day, another ongoing court case with the PSL – joining the like likes of Kaizer Chiefs and Orlando Pirates.