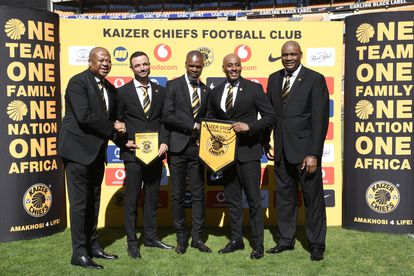 The 2022-23 PSL season appears to be a CRAZY one with teams bolstering their squads from the playing personnel to coaches.

No fewer than NINE PSL sides will have ‘new’ coaches next season, and it could have been more had teams such as Swallows and AmaZulu decided to ring the changes.

This means there are only seven teams who stuck to the same head coaches that finished the previous season with AmaZulu included because they had Brandon Truter who took over from Benni McCarthy.

Of course, coaches such as Arthur Zwane and Mabhuti Khenyeza/Vusimusi Vilakazi also finished the campaign with Kaizer Chiefs and Golden Arrows respectively.

However, they were not sure if they would lead their respective teams on a permanent basis come the 2022-23 season until their clubs made annoucements.

Chiefs and Pirates joined the coaching merry-go-round with changes to their technical team while Royal AM are soon expected to announce the new coach following the departure of John Maduka to Maritzburg United.

ALL THE NINE PSL TEAMS THAT MADE COACHING CHANGES