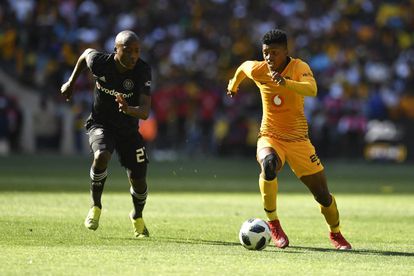 The chairman of TS Galaxy Tim Sukazi, has confirmed that they are willing to give Dumisani Zuma a chance, after he was axed by Kaizer Chiefs.

Chiefs confirmed the release of Zuma on Thursday, but it does not seem that the player will be short of options, including Galaxy.

Zuma was a Chiefs fan favourite

Zuma had been at Chiefs since the 2016/2017 season but despite being a fan favourite, could never really command a regular starting berth. The 2019/2020 season, however, saw ‘Msholozi’ begin to stamp his authority at the club, becoming a trusted ‘super sub’ for former coach Ernst Middendorp.  With the player’s contribution’s off the bench, Chiefs almost went on to win the league that season, losing it on the final day to Mamelodi Sundowns, after a 1-1 draw to recently relegated Baroka FC.

Chiefs, however, announced recently that the player had been released by the club with a year still  left on his contract, for disciplinary reasons. Having worked so hard to get himself back in the good books at Chiefs, it came as a shock to many when the club announced that Zuma had been suspended again, on their social media platforms. The club eventually decided it was the right time to pull the plug on the player’s future at Amakhosi, however.

Galaxy keen to take a chance on him

But not all seems to be lost for Zuma, as according to Soccer-Laduma, Sukazi is keen on roping Zuma in to Galaxy, after his Chiefs exit.

“We think he (Zuma) is a good player who has underachieved. We look at our club and say in our environment and with our training methodology, what are the chances of a player like him rising and living up to his potential? We think they are very high. Leave all other things that you have heard about him, he is a player we could look at. Our environment is not the same as other clubs, so maybe it would suit him or maybe not. We will see if that move happens. If we could have him, he could sort of transform him and live up to his potential. I don’t the challenges or the mind frame, but I am prepared to take the chance. We signed Lefa Hlongwane on the back of all those things that were said about him, but he came in and became a key addition to our survival cause. We have not had one problem (with him). As Galaxy, we must breathe life to those who are written off.” Said Sukazi to the same publication.

Would a move to Galaxy be a good one for Zuma?

Mamelodi Sundowns to loan Kermit Erasmus back to Citizens – report