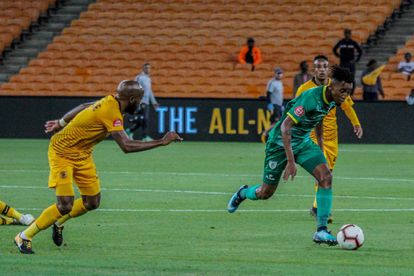 With only a handful of fixtures before the 2018/19 PSL champions are crowned, the teams on the wrong end of the table grabbed their fair share of headlines as the fight against relegation intensified this weekend.

Bottom-placed Maritzburg United may have claimed a rare three points in the weekend’s opener on Friday, but that did little to elevate them off the bottom of the table as the teams occupying the red zone followed suit in grabbing maximum spoils.

While log leaders, Mamelodi Sundowns had their attentions fixed on continental glory, fellow title-chasers, Bidvest Wits and Orlando Pirates engaged in a tame bid for top spot before the latter were handed the summit of the table in the last minute, while Cape Town City – who could have gained significant ground in their search for a maiden league title – succumbed to a 1-0 defeat to Golden Arrows, whose best bet in the league this season is a top eight spot.

The coastal clash between teams mentored by two Bafana greats in Steve Komphela and Benni McCarthy was one of four fixtures which pit two sides on opposite ends of the table, and it was only Sunday afternoon’s encounter between Polokwane City and Black Leopards which bucked the trend of the more unfancied sides prevailing as Rise and Shine outclassed Lidoda Duvha to climb up to fifth place, strengthening their position as a wild card for the league title.

Elsewhere, it was the turn of the underdog, as even the mighty Amakhosi were not good enough to tame a desperate Baroka, who – following Maritzburg’s triumph over Bloemfontein Celtic – were only separated by a point from an automatic relegation spot.

Bakgaga’s victory saw them briefly trade places with Chippa United, who too escaped the red zone with a three-pointer of their own, beating Bloemfontein Celtic who one could say they owe their top eight position to a flying start handed to them by Arrows coach, Steve Komphela’s time at the Free State.

Maritzburg remain rooted at the bottom with Free State Stars, who were given some time off following the untimely passing of one of their own, now one of the three teams within a couple of slip-ups off the automatic drop.

All attention may have been on the battle for the big prize this weekend, but a fierce battle for survival may have also been sparked as the season draws to a close.