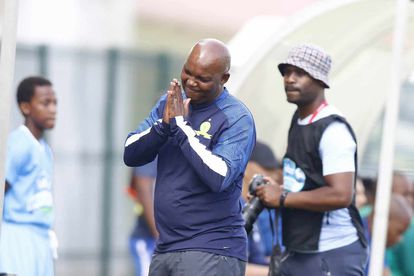 Polokwane City are on a five game winless run in the PSL. Their dreadful form sees them lingering at the foot of the Absa Premiership table and a win against Mamelodi Sundowns can see them take a massive leap out of the relegation zone.

Mamelodi Sundowns head into this evening’s clash knowing a victory is a must in light of the PSL title race. Pitso Mosimane’s men sit in second place on the log standings, only behind Kaizer Chiefs on goal difference. A victory against Polokwane City will be the bare minimum should Masandawana have any hopes of defending their title.

Polokwane City and Mamelodi Sundowns have met on 15 previous occasions in the Absa Premiership. Masandawana have earned seven victories while Rise and Shine have walked away triumphant on five previous occasions. The remaining three PSL meetings have ended in a draw.

Mamelodi Sundowns’ fans will be nervously awaiting the release of their lineup for this evening with a number of star players facing late fitness tests ahead of this evening’s PSL clash against Polokwane City.

Sibusiso Vilakazi, Andile Jali, Gaston Sirino, Mosa Lebusa, Phakamani Mahlambi, Dennis Onyango and Rivaldo Coetzee are all injury doubts ahead of tonight’s clash while Thapelo Morena is likely to miss out as well.

Polokwane City will be desperate for goals tonight having only scored three goals in their last five games and coach Clinton Larsen will be looking at Mohammed Anas and Charlton Mashumba to come good for him against an uncharacteristically shaky Mamelodi Sundowns defence.

People have written us off – Larsen

Polokwane City head coach Clinton Larsen is adamant his team can avoid relegation despite being firm favourites to face the drop. Larsen’s men face Mamelodi Sundowns and Bidvest Wits in their remaining two PSL fixtures however it’s not over yet according to the mentor.

“We know what we have to do against Sundowns. If you look at our recent performances against Chiefs‚ Highlands Park and Celtic‚ they were good. We are just not scoring the goals and if we get that right in our last two matches‚ we can get the results. We must be clinical against Sundowns,” Larsen told reporters ahead of his side’s clash against Mamelodi Sundowns.

“This reminds me of a time when I got to Chippa United a few seasons ago where everyone said the team was going to be relegated. Against all odds we saved the team and this is exactly the same situation because everyone has written Polokwane City off. It is up to us to prove everyone wrong now.

“Our focus is only on Sundowns. We want to make sure that we get the three points and that will take us out of where we are with one PSL game remaining. This is a massive game for us.”

Mamelodi Sundowns head coach Pitso Mosimane believes there’s no easy games in the PSL right now with all teams including Polokwane City desperately fighting to achieve their own objectives.

“We have checked them, they play two systems. They had been playing four at the back but now lately they have been playing five. They are desperate like we are. We will see how it goes. They are tough.” Mosimane told SuperSport.

“There is no team in the PSL bubble we can say we can easily beat. You do not know how it is going to go and who is going to beat who. I think it is the best time for interest now, it is really unpredictable.

“It is our time as coaches to stress, and we stress a lot, we are human beings. There are a lot of mistakes made by us as coaches, the players and referees. But it is the way it is, that is the beauty of football.”

Action in this evening’s PSL clash between Polokwane City and Mamelodi Sundowns gets underway at 18:00. The match will be televised live on SuperSport Premier League (Channel 203 on DSTV) as well as on SABC3. The match can also be live streamed on DSTV Now (Subscription required).