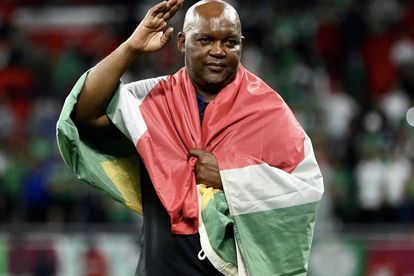 Pitso Mosimane has arrived in KwaZulu-Natal for his next coaching gig but….

After weeks of suspense, the legendary coach’s next adventure has been confirmed!

Kaizer Chiefs not done in the Transfer Market – Zwane

“We are looking for a big and bulky striker. One that can hold up balls for us because the ones we have right now are more reliant on their speed.

“So we need to have a variety in order for us to be dangerous at all times. The key thing for us at the moment is to do this process properly.

“Because we don’t want to be too hasty and buy any big striker. Kaizer Chiefs have done this in the past and it didn’t turn out so well.

“We are also looking for a left-footed centre back to cover that position because the players we have right now are mostly right footed so we want to add that flexibility.”