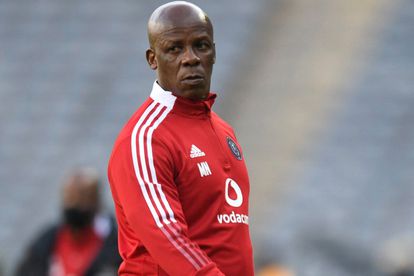 Pirates assistant Mandla Ncikazi is keen for improvements from his side against TS Galaxy. Image: Goal

Pirates assistant Mandla Ncikazi is keen for improvements from his side against TS Galaxy. Image: Goal

Orlando Pirates are back at home for their next PSL clash when they welcome TS Galaxy to Orlando Stadium in a DStv Premiership fixture on Saturday.

After two weekends on the road, this is a welcome return for Pirates players and coaching staff.

TS Galaxy has only lost once and conceded one goal all season but they do head to Soweto after their first reverse of the season – a narrow defeat to Cape Town City. They are now winless in three though consecutive 0-0 draws prior to the loss to CTCFC.

Mandla Ncikazi has called for his Pirates side to create more chances against Galaxy than they did against Maritzburg.

The Buccaneers will be wary of their visitors’ giant-killing feats with Galaxy already beating Sundowns and SuperSport this term. Pirates will be keen to avoid another upset after disappointment in their last outing when a late penalty handed Maritzburg a shock win on Sunday.

Pirates will be without suspended midfielder Goodman Mosele, whose two yellow cards in the cup win over Royal AM earned him a two-match ban.

The Buccaneers could welcome back the Kabelo Dlamini and Tapelo Xoki after briefs spell on the sidelines, but midfielder Vincent Pule is doubtful after being stretchered off against Maritzburg. Ebrahim Seedat missed TS Galaxy’s last three outings and will be absent again here.

How to Watch Pirates vs TS Galaxy

The game is scheduled to kick off at 17:30, and will be live on SuperSport PSL (Channel 202). You can also follow the action by keeping an eye on updates provided on Orlando Pirates Twitter.