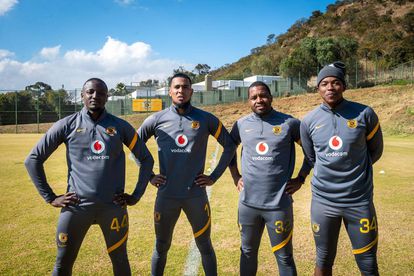 Chiefs are ‘back in business’ as they returned to training this week.

Chiefs are ‘back in business’ as they returned to training this week.

The team has also returned to training, with Chiefs sharing several images on their social media channels.

Scroll through the options below to vote for who you think is Chiefs’ best signing so far:

There is no doubt that Chiefs are clearly making some ambitious moves in the transfer market in the off-season, and 25-year-old Thabo Cele – who currently plays for Polish side Radomiak Radom – is a target who continues to be linked with the club.

Cele has previously been spoken of as a sought-after recruit for Amakhosi, particularly when he was a free agent last year. However, he ended up making the move to Radomiak on a two-year deal in October 2021.

It was first reported by Soccer Laduma that Chiefs may have launched a €100 000 (±R1.68m) bid to try and lure him back to South Africa, although Polish journalist Szymon Janczyk reports that Radomiak are keen to retain the services of Cele, who remains part of coach Mariusz Lewandowski’s plans.

In signalling the intent of Chiefs, though, the latest report by the same publication states that a renewed offer of around R3.4-million could be tabled in order to try and tempt Cele to Naturena.

As is stands, though, it does seem unlikely that Chiefs will be able to lure him back to South Africa.

“Thabo is committed to having an excellent pre-season and starting strong for next season. We know that the market closes later but at the moment he is focused on Radomiak,” his European-based representative Hélio Martins told SABC Sport this week.

“There was interest from Kaizer Chiefs, a great club, but an understanding between the parties has not yet been possible.”

Meanwhile, Kobamelo Kodisang could also still quite possibly make a move to Kaizer Chiefs despite his overseas club triggering a two-year contract option.

“Braga have exercised their option on Kobamelo, that’s a further two seasons,” his agent Mike Makaab explained to SABC Sport. “They’ve informed us that their intention is to loan him out to a second division team, which we are not happy with – we are not going to accept nor does the player want to do that.”