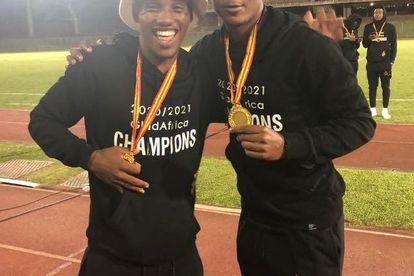 Royal AM players have refused to train according to reports making the rounds this afternoon, with a lot of drama surrounding the club.

READ | BAFANA BAFANA WILL BEAT ZIMBABWE – BET ON IT!

The new DStv Premiership side entered the league after its owners acquired the PSL status of historic Free State side Bloemfontein Celtic, but Royal AM have already seen trouble brewing in their camp.

Royal AM no strangers to controversy

The club was already marred with a great deal of controversy last season, when they refused to partake in the PSL promotion, having reluctantly finished second in the GladAfrica Championship. Royal AM and its owners were of the impression that they had won the league, therefore automatic promotion fair and square and subsequently had no reason to enter the playoffs.

It would all end with egg on their face, as Sekhukhune United were later confirmed by the court, as the league winners. Royal AM were then heavily fined and reassigned to the GladAfrica Championship, before the purchase of the now defunct Siwelele offered them and their owners an alternative route into the DStv Premiership.

They then bought Celtic’s PSL status

That purchase meant that, the players of the former franchise in Celtic, would have to relocate to Kwazulu-Natal in order to form part of the new Royal AM, in a rather hasty fashion. Now two games into their DStv Premiership season, and with most people starting to accept the side and with the team looking like they were settling, there has been an unexpected bombshell unleashed.

BIG issues at the club have since emerged

According to FarPost, the players of Royal AM have refused to train amidst a whole bunch of issues that still surround the club. The publication also stated that up to 15 players had still not been paid by the club, with others receiving half salaries. It is also said that there are some promises club owners gave the players before the relocation that are yet to be fulfilled on the owner’s side.

The players were reportedly promised apartments after becoming Royal AM players but that has not come to fruition. With their current living conditions, which consist of some players even having to share a room with three other players, do not allow for them to have their families join them. A source from within the camp speaking to FarPost said “We’re being treated like kids”.

Could a resolution come today?

It is also said that coaches themselves are expected to share rooms with players and the Royal AM player roster at the moment is believed to be a staggering 62. Club chairlady Shauwn Mkhize is expected to have a meeting with the players today in Durban in what could possibly be an attempt to remedy the situation.

Here is presumably a picture of one of the rooms in question :

Watch the space on this one