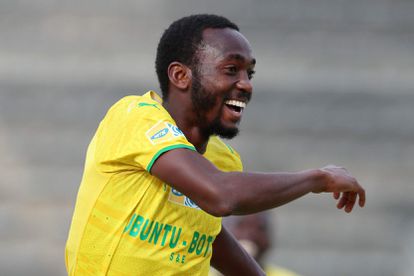 It’s been a season to remember for PSL giants Mamelodi Sundowns in terms of both league and cup competition. Photo: Muzi Ntombela/BackpagePix

It’s been a season to remember for PSL giants Mamelodi Sundowns in terms of both league and cup competition. Photo: Muzi Ntombela/BackpagePix

It’s been a season to remember for Mamelodi Sundowns in terms of both league and cup competition.

Masandawana have rewritten the record books more times than we can remember in the 2021/22 season – and potentially aren’t done winning yet!

The Brazilians won a fifth consecutive PSL title this season and also lifted the MTN8 trophy.

They will contest the Nedbank Cup final against Marumo Gallants on Saturday, 28 May – and are big favourites to add more silverware to their trophy cabinet.

A domestic ‘treble’ is most certainly on the cards for the Tshwane giants.

A lot of Mamelodi Sundowns’ success this season has been due to the prolific form of their Namibian star striker Peter Shalulile who scored 23 DStv Premiership goals.

Although the 28-year-old narrowly missed out on the all-time record of 25, his final goal – and fittingly Mamelodi Sundowns’ final goal of the league season – smashed a 17-year old Kaizer Chiefs PSL record.

Shalulile’s goal was Mamelodi Sundowns’ 56th in the league this season, breaking the previous record of 55 in a 16-team campaign which was jointly held by Masandawana themselves (2015/16 season) and Kaizer Chiefs (2004/05).

In addition to their 56 goals, Mamelodi Sundowns only conceded 20, giving them a final goal differential of +36.

That too is a new PSL record, underlining the sheer dominance of what’s clearly – by some distance – the best side in Mzansi at present.