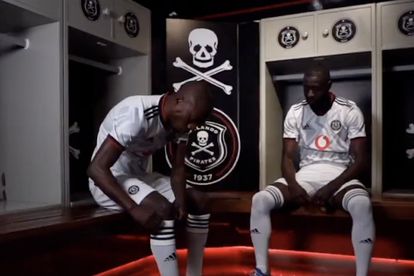 Orlando Pirates sent social media into a frenzy this morning after revealing their new kits.

The Buccaneers are desperate to hold on to their star attacker, and have already rejected an R8 million offer for him according to reports.

The 21-year-old scored nine goals and a further assist in his opening campaign.

“According to insiders, interested clubs are yet to meet Orlando Pirates’ asking price for the player, which at this point in time appears to be around the R10 million mark.” a SoccerLaduma report read.

“A number of clubs have Peprah shortlisted but whether or not a move will happen this window is very difficult to predict. so far no-one’s met Pirates’ price tag.”