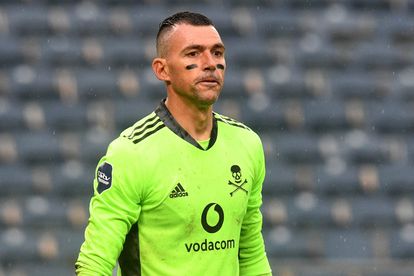 Wayne Sandilands will not be the Orlando Pirates goalkeeping coach next season as was widely expected. Photo: Backpagepix

Wayne Sandilands will not be the Orlando Pirates goalkeeping coach next season as was widely expected. Photo: Backpagepix

Orlando Pirates have officially bolstered their goalkeeping department by filling the void left by Wayne Sandilands in June.

On Thursday, Pirates signed goalkeeper Sipho Chaine from Chippa United in a deal that was only confirmed on Friday morning.

Chaine is a 25-year-old shot-stopper who played for the now defunct Bloemfontein Celtic before moving to Chippa United.

He becomes a third high-profile goalkeeper in the current Pirates squad after Richard Ofori and Siyabonga Mpontshane.

In a statement, Pirates revealed that Chaine had signed a three-year deal, meaning he will be at Mayfair at least until he’s 28 in June 2025.

“Meanwhile, Orlandopiratesfc.com can confirm the signing of goalkeeper Sipho Chaine. The 25-year-old signs from Chippa United on a three-year deal.”

Chaine was unveiled on the same day as Kermit Erasmus who rejoined the Buccaneers from Mamelodi Sundowns.

Erasmus, though, penned a two-year deal, and duo become the sixth and seventh signings of the transfer window for Pirates if one excludes Azola Matrose who is on loan at Chippa United.