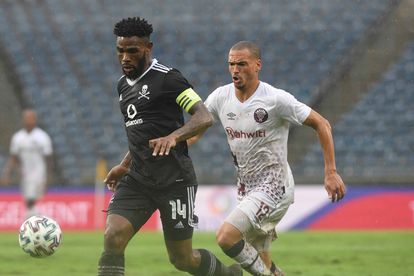 While the season may have just began, the Buccaneers already find themselves under immense pressure after crashing out of the MTN8 in the first round.

Follow all of the live action from this afternoon’s crunch DStv Premiership encounter in the ‘original Soweto derby’ at the Orlando Stadium below.

We must become ruthless – Truter

“We must be ruthless in the chances we create against Orlando Pirates. I think against City they had one header at the far post, I think Willem Vries made two saves during the full 90 minutes,” Swallows head coach Brandon Truter said.

“Cape Town City put a lot of balls into the box but we dealt with them. Sipho Sibiya got man of the match, we had Yagan Sasman, we had Junaid Sait, who could deal with those types of threats. It’s the good headache to have ahead of the Orlando Pirates match.

“You must also realise Vuyo Mere is still outside. We also have Tebogo Langerman coming into that defence, so defensively we are good. But I think the previous three games, yes Junaid Sait and Thabo Matlaba also got man-of-the-match awards, but in those games offensively we were also very good.”

Action at the Orlando Stadium gets underway at 15:00 this afternoon in today’s DStv Premiership encounter. The match will be televised live on SuperSport PSL.

You can also follow all of the live action from this afternoon’s clash between Orlando Pirates and Swallows FC on live blog above.