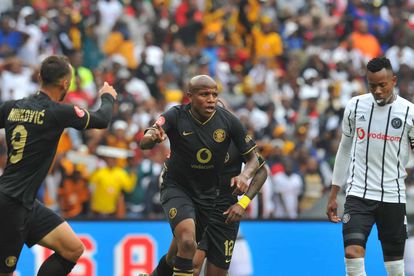 The season’s first Soweto derby has arrived early, with Orlando Pirates and Kaizer Chiefs set to battle it out in the first leg of their MTN 8 semifinal tie at Orlando Stadium on Saturday.

The two titans of South African football are the most successful clubs in the competition. Amakhosi have the most titles at 15, while the Buccaneers have lifted the trophy nine times.

Saturday’s encounter will be the first time Orlando Pirates and Kaizer Chiefs square off in the MTN 8 since the 2014 final.

On that occasion, ex-Amakhosi defender Tefu Mashamaite scored the only goal of the match to hand his side the title.

In the PSL era, Pirates have also beaten their rivals in the final, and have a better record in the last four of the competition, winning both two-legged last-four ties, while Chiefs won the one semi played over one leg.

After having to make do with a depleted squad in his first three matches in charge, Kaizer Chiefs coach Gavin Hunt has close to a full complement of players to call upon on Saturday.

The former Bidvest Wits mentor revealed earlier in the week that Khosto Moleko, Erick Mathoho and Dumisani Zuma have all resumed training, and will likely start from the bench.

His opposite number Josef Zinnbauer, on the other hand, is sweating over the availability of a key player.

Malawian striker Gabadinho Mhango suffered a knock in the midweek league clash against Stellenbosch, and is a doubt for the MTN 8 semifinal.

“I hope it’s (the injury) good, but it was not so [good] after the game on Wednesday, and we hope now he gets better and we have a chance that we can use him on Saturday,” the German said in the build-up to the match. “Mhango is a top striker and it’s always bad when we lose a top striker, but we have other players in the team who can also score.”

The match between Orlando Pirates and Kaizer Chiefs kicks off at 15:00 (SAST) and will stream on the Supersport Premier Soccer League channel (202).