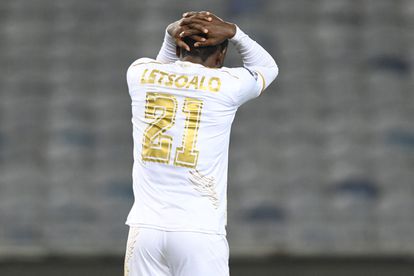 Royal AM have cashed in on Victor Letsoalo by doing business with Sekhukhune United instead of Kaizer Chiefs and Orlando Pirates.

Letsoalo signed a three-year deal with an option to renew for a further year with Sekhukhune, and thus, ending speculation around his immediate future.

It’s an open secret that both Chiefs and Pirates were interested in Letsoalo but Royal AM wanted huge money from the two Soweto giants for the services of the marksman.

In June, reports emerged that Royal AM were looking for nothing less than R20 million for the Bafana Bafana international but Sekhukhune United got him for a few million Rands.

HOW MUCH SEKHUKHUNE UNITED PAID TO SIGN LETSOALO FROM ROYAL AM?

According to iDiskiTimes, both Royal AM and Sekhukhune United agreed on a R3 million fee for the transfer of the former Bloemfontein Celtic attacker.

And that’s R17 million less than what Royal AM expected from either Chiefs or Pirates when they first showed interest in Letsoalo.

At the time, there was a hype around Letsoalo after his 16 goals in 30 competitive games for Royal AM – Shauwn Mkhize’s club was reluctant to let him go.

Perhaps, Chiefs and Pirates stepped back after hearing the news that Letsoalo was worth R20 million but Sekhukhune United knew that Royal AM would go down.

However, no one really expected Letsoalo to be sold for a fee below R5 million given his rise in the PSL over the past 12 months or so.