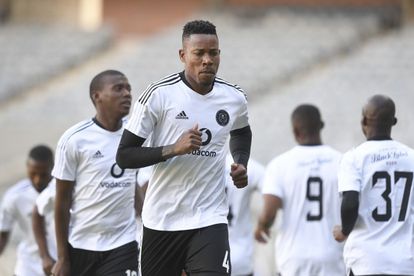 Orlando Pirates got their 2021/22 CAF Confederation Cup group stages journey this afternoon when they host Algeria’s JS Saoura at the Orlando stadium.

The Buccaneers took the lead in as early as the third minute after Happy Jele was quickest to react to a rebounded save by the Saoura goalkeeper.

Take a look at the Orlando Pirates veteran’s goal below. (At the time of writing, the home side lead 1-0 after 15 minutes of play)

Orlando Pirates have the squad to challenge for the PSL title