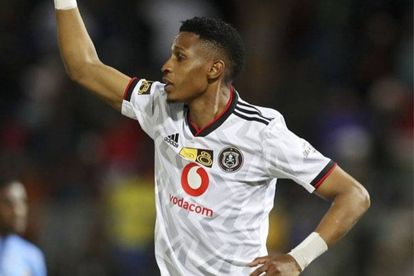 Orlando Pirates will be hoping to welcome back some players from injury for their DStv Premiership clash against TS Galaxy on Saturday, 10 September.

Both teams will be seeking redemption after losing their previous matches last weekend.

The Sea Robbers suffered a 1-0 defeat to Maritzburg United while the Mpumalanga-based TS Galaxy lost by the same scoreline to Cape Town City.

TS Galaxy have conceded only one goal in six games to date and that signifies their solidity at the back while the Buccaneers have been struggling somewhat in front of goal.

Ezimnyama Ngenkani will also have to continue without suspended midfielder Goodman Mosele whose two yellow cards in their MTN8 win over Royal AM earned him a two-match ban.

The Buccaneers will also be hoping to welcome back the likes of Kabelo Dlamini and Tapelo Xoki, who are both back in training after a brief spell on the sidelines, while midfielder Vincent Pule emerged as a fresh injury worry after being stretchered off early during the game against Maritzburg United and is doubtful for Saturday’s clash.

For TS Galaxy, the trip to Orlando Stadium could be yet another outing without defender Ebrahim Seedat who missed his side’s last three matches after picking up a knock.

Here are five tips to cure a FULL MOON hangover

Carlos Alcaraz: World No 1 out of Australian Open