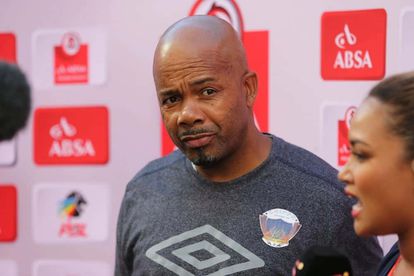 An Orlando Pirates icon has sent a non-negotiable message to Jose Riveiro‘s boys ahead of Saturday’s MTN8 final against AmaZulu at Moses Mabhida Stadium.

In an interview with Daily Sun, Bucs legend Teboho Moloi said the current generation should be told about the history of the club in the Top 8 competition.

Moloi said their generation delivered the Top 8 trophy at Pirates, and so was the generation after them which included the likes of Thabo Mngomeni.

And for that reason, Moloi said as the stalwarts of the club, they don’t want to negotiate with the current generation of Pirates players whom he said should go to Durban and return to Gauteng with the MTN8 trophy.

ALSO READ | GOALKEEPER CRISIS? WHO SHOULD START FOR PIRATES IN THE MTN8 FINAL?

Pirates are trying to win their second MTN8 trophy in two years after having won it in 2020. Mamelodi Sundowns took it from Bucs in 2021.

“No, we don’t even want to negotiate that, Pirates must win the final,” said Moloi.

“These boys need to be told the history of Pirates in the top eight. We have won this trophy many times even during my generation.”

“The likes of Thabo Mngomeni came and won it. So, we are not going to negotiate with these boys. They must just go out there on Saturday and win that trophy,” added Moloi.