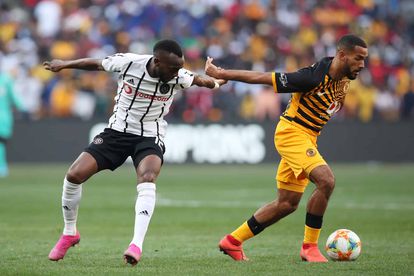 Zambia striker Justin Shonga is on the verge of a sensational return to the DStv Premiership -but not with former club Orlando Pirates! Photo: Ntombela/BackpagePix

Zambia striker Justin Shonga is on the verge of a sensational return to the DStv Premiership -but not with former club Orlando Pirates! Photo: Ntombela/BackpagePix

Zambia striker Justin Shonga is on the verge of a sensational return to the DStv Premiership – but NOT with former side Orlando Pirates!.

As reported by The South African website, Shonga, 25, terminated his contract with Egyptian side Ismailly in late 2021 after he wasn’t paid his wages.

The former Orlando Pirates forward is now back in Mzansi and reportedly keen on a DStv Premiership return, but WON‘T be in the colours of the Buccaneers any time soon!

Instead, as confirmed by FARPost, Shonga will report for training on Thursday morning at Sekhukhune United.

Meanwhile, Benni McCarthy’s AmaZulu were rumoured to also be interested in his services and will no doubt be monitoring the situation closely.

Justin Shonga joined Ismaily in October 2021, two months after Cape Town City FC released him following another brief and uneventful stint after joining them in January 2021 from Orlando Pirates.

Shonga made just four first team appearances for Ismaily and failed to find the target during his brief stay at the club.

He has not featured for his native Zambia since the 2021 COSAFA Cup held in Nelson Mandela Bay in South Africa last July.

Shonga was Chipolopolo’s stand-out player at that COSAFA Cup where he scored three goals as the East Africa nation made a rare group stage exit from the tournament.

Zambia did not qualify for the delayed 2021 AFCON tournament which is set to kick off this weekend in Cameroon.

Sekhukhune United headed into the current DStv Premiership break in eighth place in the standings with 25 points after 17 matches.

They do have as many as three matches in hand against sides ahead of them in the log and appear well on track to booking a MTN8 spot next season.

Sekhukhune United will next be in league action away to Royal AM on Tuesday, 15 February at 17:00.