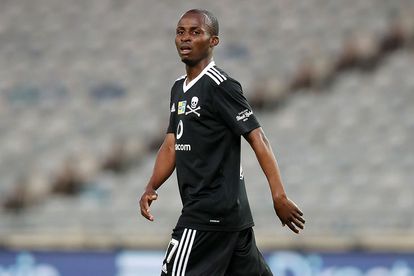 Orlando Pirates secured a draw away from home against Al Ahli Benghazi in their CAF Confederation Cup tie on Sunday, 4 April.

Orlando Pirates secured a draw away from home against Al Ahli Benghazi in their CAF Confederation Cup tie on Sunday, 4 April.

Orlando Pirates are set to sack ANOTHER first team player!

The Buccaneers have been ringing the changes ahead of next season and striker Terrence Dzvukamanja is next in the firing line.

According to reports, the Buccaneers are ready to offload the Zimbabwean attacker.

“After struggling for form in the last two seasons at the club, Zimbabwean attacker Terrence Dzukamanja is set to part company with the Buccaneers.” a FarPost report read.

“According to information gathered by FARPost, an agreement could soon be reached between the club and the player with the two parties expected to go separate ways.

“The 28-year-old joined Orlando Pirates in July 2020 on a three-year deal from Bidvest Wits.

“Dzukamanja failed to score a single goal in the 25 DStv Premiership games he played in the 2021/22 campaign.”

The club also confirmed the arrival of a new coach in the form of Jose Riveiro.

How do you rate the Buccaneers transfer business thus far? There’s already been wholesale changes! Let us know in the comments section below.