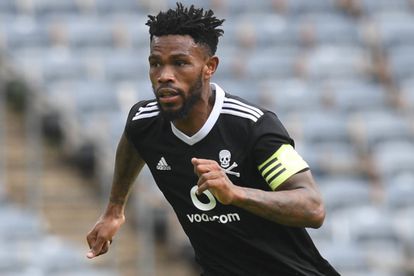 Orlando Pirates welcome relegation candidates Black Leopards to the Orlando Stadium in the DStv Premiership at 17:00 and below is how both teams lineup.

Orlando Pirates’ hopes of finishing in the prized CAF Champions League position (number two on the log standings) took a major knock over recent weeks with Josef Zinnbauer’s side picking up just four out of a possible 12 points in the last four matches.

The Buccaneers sit in fifth position, 11 points behind AmaZulu in second however Zinnbauer’s men have two games in hand. Black Leopards on the other hand find themselves rock bottom of the log.

Lidoda Duvha are a whole six points behind 15th placed Chippa United. Take a look at how both Orlando Pirates and their opponents from Limpopo lineup in today’s clash below

Black Leopards head coach Lehlohonolo Seema believes his side’s remaining games in the league are cup finals starting with a clash against his former side Orlando Pirates.

“We haven’t moved, we’re still bottom of the log but this win [against TTM] is a step in the right direction. All our remaining games are like a cup final now. We have five games left, meaning there are still 15 points to fight for, so we must now plan for each game as it comes starting with Orlando Pirates.”

Orlando Pirates are without midfielder Fortune Makaringe and defender Ntsikelelo Nyauza due to suspension while Black Leopards themselves are without the services of attacking midfielder Wiseman Maluleke as the 29-year-old player will be serving his one-match suspension this afternoon.

This website will be providing you with live coverage from today’s DStv Premiership clash 30 minutes before kick-off.