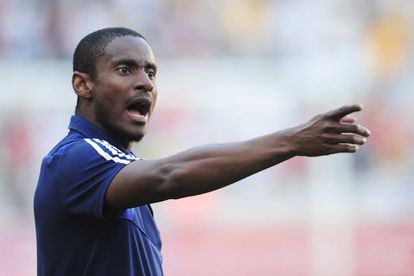 If we assume that Rhulani Mokwena won’t return to the Pirates bench this season — or at least not while Josef Zinnbauer is in charge — then what comes next for him?

After the sudden resignation of Milutin Sredojevic, it was natural for Mokwena to step into the void. He had been more than an assistant coach for the previous two seasons, leading the majority of training sessions and giving a big hand in helping to revamp the team’s “game model”.

Despite creating lots of chances as per Expected Goals models – which give an indication of how many goals a team should have scored based on chances created – Bucs had relatively poor results with Mokwena in charge.

A spate of goals conceded from set-pieces or howlers from an ageing defence were as much to blame as failing to finish off chances.

By the time German coach Josef Zinnbauer was appointed on 10 December 2019, it became clear that he had been approached a couple of weeks earlier as he admitted he had watched DVDs of Pirates matches before taking the job.

The possibility is that after Pirates’ defeat to Kaizer Chiefs in November, the board decided to use their network of agents to find a new coach and return Mokwena to his assistant role.

After one game on the bench with Zinnbauer, the 33-year-old has not been spotted. This comes as no real surprise as going from assistant coach to interim head coach and back again is no easy journey and it may not have been very fulfilling to be a subordinate once again.

This potential period of rest and reflection will also present a chance for study. Mokwena is likely to be reading numerous football books, keeping up to date with trends in European football and making notes and analysing PSL matches.

There is also now the potential to pursue extra coaching qualifications, something that would boost his CV, although no badges are a substitute for actual experience on the training field.

They may give you credibility, but the real learning should have taken place during recent seasons as assistant and interim head coach.

There is also the chance that spending time overseas in the off-season would take away time from finding his next challenge.

The most likely next step is a head coach role within the PSL.

Doing a couple of seasons of good work at a smaller club with less pressure is the ideal way to improve before pursuing what feels like an inevitable return to Pirates as the main man.

However, there are not many stable clubs in the PSL which are suitable. Ones like Baroka, Black Leopards, Polokwane City and Chippa United are too trigger-happy to embark on the process of changing their playing style with a young coach and the possible initial run of poor results as the squad is overhauled.

Other suitable clubs, like SuperSport United, Cape Town City or Golden Arrows, have current incumbents who are not likely to be going anywhere in the coming months.

In fact, if you look through the 16 clubs, there are really only two obvious choices for Mokwena.

The first is Highlands Park. Under Owen da Gama, the club has done fantastic work since being promoted ahead of the 2018-2019 season, but are now perhaps in need of a change.

Their hard-running, fitness-focus game which incorporates man-marking of the opposition, is draining on the players and has probably now run its course.

The club is strong financially and able to pay good salaries to players, which is a key factor as much of the playing staff would need to turned over to implement a more modern, aesthetically pleasing brand of football.

The other club would could look at Mokwena is AmaZulu, assuming they don’t get relegated. They are a club with a young, ambitious general manager in Lunga Sokhela and the club clearly wanted a certain style of play upon returning to the PSL, hence they appointed Cavin Johnson.

Whatever happens next, it’s unlikely you will see Mokwena as a No 2 in the PSL next season at Pirates. It’s time to go it alone.