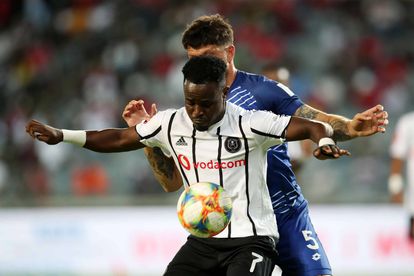 Orlando Pirates star Gabadinho Mhango has found a new club for next season according to reports!

The Malawian international has concluded a deal with KwaZulu-Natal side AmaZulu, putting an end to his troubles in Mayfair!

“According to a source close to the deal, Orlando Pirates and Usuthu have finalised all details of the transfer that will see Mhango wear the green of AmaZulu next season.” a Kick-off report read.

“Yes I can confirm that Gabadinho Mhango is going to AmaZulu.” a source told the same publication.