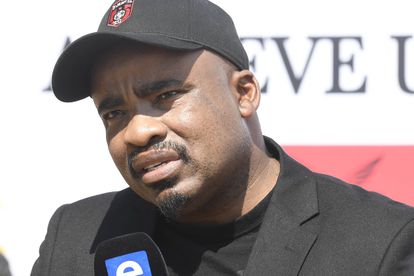 After several months of court cases, reviews and intense trials the Buccaneers have been found guilty.

The PSL finally reached their verdict on the Sukazi saga… Now, the Bucs will face charges from them!

MUST-READ: BATTLE FOR BENNI: WILL MCCARTHY CHOOSE CHIEFS OR PIRATES?

The video of Sukazi being assaulted went viral within moments of being posted to social media.

However, Mandla Ncikazi’s side decided to plead not guilty even though the footage clearly caught them red-handed.

“The PSL DC has just returned a guilty verdict against Orlando Pirates, this is a result of Pirates having been found to have unreasonably denied Tim Sukazi access to Orlando Stadium when he was entitled to do so,” Zola Majavu told iDiskiTimes.

“As a result, Orlando Pirates Football Club was found to have brought the league, the game, SAFA, CAF FIFA and the sponsors into disrepute,” he added.

Having now been convicted and found guilty, Pirates must now await their charges.

The matter will be referred to the Disciplinary Committee on the 3 May where a decision will be made on their sanction.