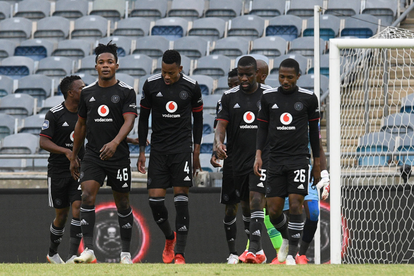 Orlando Pirates players in a moment of disappointment in Soweto. Image: @KickOffMagazine / Twitter

Orlando Pirates players in a moment of disappointment in Soweto. Image: @KickOffMagazine / Twitter

Mhh, it seems like Orlando Pirates could part ways with Kwame Peprah before Thursday’s DStv Premiership deadline. The 21-year-old Ghanian has only played four times in Bucs’ nine games.

It’s not too bad but he clearly knows what he wants.

The new Spanish coach has clearly shown a preference for more technical players such as Zakhele Lepasa, while Peprah’s main quality is a hard-running disruptor on opposition defenders.

The Spaniard’s preference and style have thus seen Peprah drop to third option behind Lepasa and Eva Nga, who is not so technical either.

According to this new report, the Ghanaian wants to move on with his career before the PSL transfer window shuts down on Thursday 22 September.

“…things have been very different this season, with the lanky forward struggling to find playing time at Orlando Stadium this season, appearing in only three games. [correction: four games],” GhanaSoccerNet reported, as quoted by FARPost.

“As a result, Peprah has asked to leave the club in order to pursue other opportunities,” the report added.