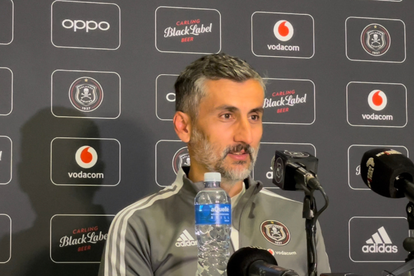 Orlando Pirates have truly beefed up. The Sea Robbers have recruited at least two new attacking players, while a third is imminent.

Here’s why we expect a formation with two number 10s.

Additionally, Ndumiso Mabena is expected to be announced as another new signing before this weekend.

WHY WE EXPECT A LINE-UP WITH TWO NUMBER 10s

With Erasmus and Ndlondlo coming in as attackers who excel in the number 10 position, as well as Mabena, should he eventually sign, Jose Riveiro will, without doubt, try two number 10s in the attack.

Additionally, the Spaniard’s formation has seen the deployment of a back three that is supported by two wing-backs. With the two-wing-back operating in the attacking flanks, Bucs do not need wingers.

This is the reason we will see two number 10s and why the club has signed the likes of Erasmus and Ndlondlo, while Mabena is also expected to be announced.