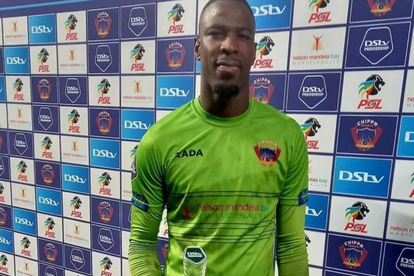 It looks like time for a new Orlando Pirates goalkeeper. Thursday night’s transfer deadline could see a Chippa United star move to Soweto.

Did anyone watch the Mamelodi Sundowns game in Gqeberha away to Chippa this month? The Man of the Match that evening was the Namibian goalkeeper Lloyd Kazapua.

Had the 33-year-old not delivered what was one of the performances of his life, Sundowns could have won by something like 5-0 instead of a 1-0 win victory.

Anyways, reports say Kazapua is set to be unveiled as a new Bucs player before Thursday night’s deadline. The report from Soccer Laduma added to say that former Highlands Park, Cape Umoya and Baroka FC keeper is already in the City of Gold.

The Sea Robbers had seemingly replaced Wayne Sandilands with the youngster Kopano Thuntsane, but have now seemingly had a change of mind.

SEVEN PIRATES PLAYERS THAT COULD LEAVE BEFORE DEADLINE

New Orlando Pirates coach Jose Riveiro seems to have decided on his starting team and squad. The Spaniard further revealed he favours working with smaller numbers.

Let’s look at which players could leave to seek improved game-time elsewhere before Thursday’s transfer deadline.

After a total of nine games played, Riveiro has given a chance to nearly every player, but some of them have not been given a single minute, while others can’t see any glimmer of light beyond the tunnel.

The situation often sees players ask a club or their agents for loan moves or permanent transfers towards deadline day. Read the full story here.