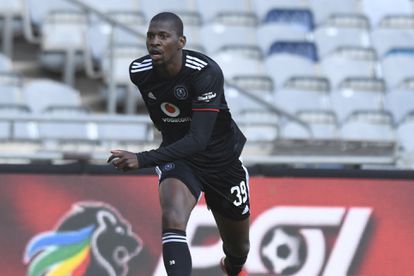 Some Orlando Pirates fans might not really know who Sandile Mthethwa is. Such has been the player’s struggle for game time this season.

Having failed to make a single league appearance since returning from a loan spell at Chippa United, the 25-year-old central defender could return to Gqeberha.

According to Soccer Laduma, the Ngwelezane-born could also end up at Golden Arrows.

“Chippa United is interested in Sandile Mthethwa from Pirates. He is the player that has been identified as a possible addition to the team,” a source said told the leading local outlet.

“He did well when he played for the team previously while on loan from Pirates and the club would love to have him back.

But Chippa is not the only club interested in the player. Golden Arrows is and could also make a move for him in January.”

Staying with Pirates, the club’s icon Jomo Sono has demanded an end to the public comparisons to Monnapule Saleng.

As we’ve watched over the past month, Saleng went from bench player to superstar in the MTN8.

The 24-year-old from Bloemhof smashed in a brave against Mamelodi Sundowns in the semi-finals before a famous freekick against AmaZulu to hand the Sea Robbers the title.