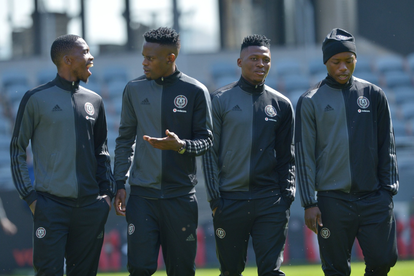 Orlando Pirates have moved on from the shock 1-0 loss to Chippa United. The week is offering even tougher opponents in Durban and Tshwane.

As The South African website reported on Sunday, the Sea Robbers were all over Daine Klate’s Chilli Boys but endless missed chances allowed the visitors to grab a late winner.

“It’s difficult to explain that we have scored one goal in these two games (against Swallows and Chippa),” Riveiro said as quoted by The Sowetan.

“Against Stellenbosch we didn’t create so much, but in these other 180 minutes we scored just one goal and it’s hard to accept.

“Today (against Chippa) we had about 70% of the possession with 16 or 17 shots, with one on target and the rest of them were wide.

“The stats are showing the efforts that we are putting in to create chances, the last touch is the most difficult thing,” the Spaniard added.

The Soweto giants have had to swiftly dust themselves and focus on the next missions in two provinces.

FIVE THINGS WE EXPECT THIS WEEK

Could a new surprise signing also pop this week? Anything is always possible at Pirates.

Wednesday’s clash with Royal AM is scheduled to start at 19:30.