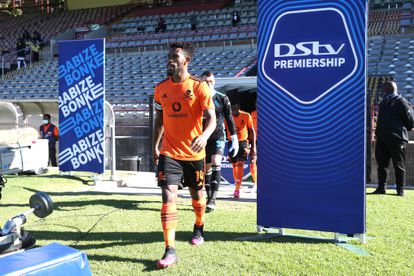 It’s fair to say Orlando Pirates are always unpredictable when it comes to parting ways with players you would not expect them to. Thulani Hlatshwayo could be the next shock departure.

Let’s be honest, it’s really hard to see the former Bafana Bafana captain and PSL champion search for a house in Durban to join Arrows.

But according to this report, a trusted source has whispered to say Orlando Pirates have an idea to offer Hlatshwayo to Abafana Bes’thende, so that the Bafana central defender Sibisi goes to Soweto.

“The Siya crew has been reliably informed that Pirates have earmarked the Bafana Bafana international as a priority signing, and are willing to offer Arrows a player in order to sweeten the deal,” Soccer Laduma said in their latest print edition.

“According to the well-placed source, Bucs are looking at offering Thulani ‘Tyson’ Hlatshwayo as part of the deal, in order to sway Arrows’ head,” the report added.

WHY THESE SEVEN PLAYERS ARE EXPECTED TO LEAVE PIRATES

Not everyone will succeed at Pirates. With Bucs‘ massive squads every session, we often see a large chunk of players leaving during the winter transfer window.

Reasons for wanting to leave, getting transfer-listed, or loaned are very often directed by a lack of game-time.

The reasons for limited game-time can range from work ethic, coaching needs, tactical suitability, form, attitude and relationship with the technical team, and personal discipline off the field. Read the full story here.