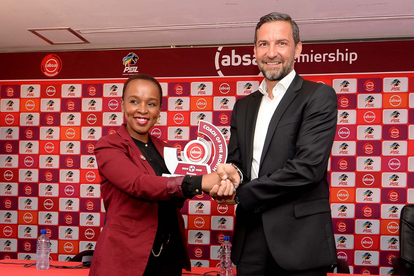 Who can forget Josef Zinnbauer at Orlando Pirates? He was the club’s first and only German coach after taking over from Rhulani Mokwena.

ZINNBAUER ON WHY HE LEFT ORLANDO PIRATES

The German lasted just under eight months in Soweto before the club announced his surprise resignation. He had delivered 15 wins, nine draws, and three defeats from 27 games. So why did he decide to pack his bags and hit OR Tambo?

“My wife and our youngest son did visit South Africa, but it wasn’t often. The flights are long and during the pandemic it was sometimes not possible to enter the country,” Zinnbauer said as quoted by iDiskiTimes.

“I just wanted to be closer to my family again.”

As the South African media had reported at the time, the former Orlando Pirates coach had to deal with tragedy after his son was involved in a serious road accident, all while he was in Mzansi.

“It’s difficult to talk about it. It’s gotten a little better, but he’s still far from recovered,” he said.

“He is pushing forward in small steps. He was in a coma for a long time but has since woken up. I visited my son in the hospital during the international breaks.

“Unfortunately, due to the corona pandemic, he was alone a lot because nobody was allowed to see him. At some point it was at least possible that one person could be with him.

“We then decided on his mother because she is local. But when it was possible and allowed, I took every opportunity to be with my son.”

10 COACHING CHANGES IN THE LAST 10 YEARS

In a related report, we recently had a close look at Orlando Pirates’ coaching changes in the past 10 years and it is quite a turnover.

It was on 16 August 2021 when the Buccaneers shocked the local football community by announcing the resignation of Zinnbauer.  It was also around a year since Zinnbauer replaced Mokwena.