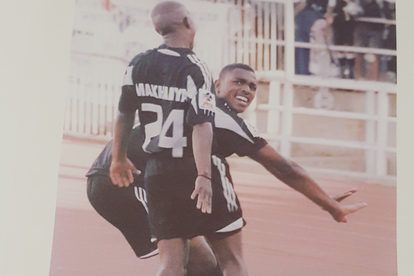 Orlando Pirates fans adored this man. His name is Joseph ‘Dukuduku’ Makhanya and he should be idolised even more after this message.

MAKHANYA ON WHAT IT MEANS TO PLAY FOR ORLANDO PIRATES

Speaking during a candid chat with Soccer Laduma’s editor Vuyani Jani in the latest issue, Makhanya was simply asked what it means to play for the Buccaneers.

“…There is history behind the team. There are people who contributed a lot to the team, some sacrificed their lives for this team,” Makhanya said.

“Pirates produced a long list of great players from 1937 and all those people hold you accountable because you are representing them.“

Makhanya, who believes that the club has had a tendency to bring in ordinary players, has lost the culture of signing those players who can deliver those ‘wow’ moments.

“They don’t care if you have personal problems that you are dealing with. Once you step onto that field, you have to deliver.

“This is exactly what is happening at Mamelodi Sundowns now, whereas this used to only happen at Pirates and Chiefs

“Playing for these teams means that you’re a special player and you’ve been given the responsibility to represent millions of people.

“Some people died for Pirates and you’re told that as early as our development days. That means when you play, you’re carrying the weight of their expectations as well,” the Soweto-born winger added.

Can you picture the Orlando Pirates jersey on Sulley Muntari at the Orlando Stadium? This agent does not envision that at all.

According to several reports that have done the rounds in local media and in Ghana, the black and white side of Soweto could be Muntari’s next home. Read the full story here.