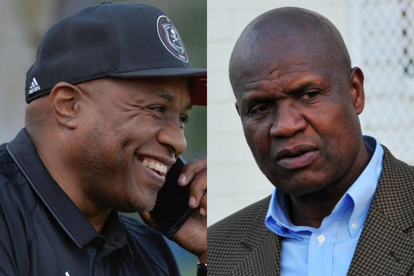 As a frustrated Orlando Pirates fan, you might sing hallelujah after this. The club’s former star Joseph Makhanya has honestly hit the nail on the head here about player ins and outs at the Orlando Stadium.

WHY SO MANY NEW ORLANDO PIRATES SIGNINGS FLOP

The Buccaneers’ tradition of unveiling a string of unpredictable new faces every season is one thing. What often follows the announcements are the same players disappearing into the void before emerging at places like Chippa United on loan.

What is actually causing the high turnover and inconsistent performances from those who show glimpses of the required quality?

“You see Pirates have a tendency of getting players from smaller teams and they are expected to excel,” Makhanya told Soccer Laduma’s senior journalist Vuyani Joni in the latest issue.

“Trust me, that’s a big challenge for the players because ukudlalela iBaroka for instance is not the same as playing for Pirates and the challenges are different.

“At Baroka, if you win, it is fine and everyone is happy. At Pirates, it is equally important how you win. You deal with tough situations at Pirates.

“We lost Luvuyo Memela, Justin Shonga, and Augustine Mulenga, among some great players, and who did we replace them with?

“Have they delivered under the great pressure that comes with playing for Pirates? You’re dealing with pressure every week at Pirates,” the player who was known as ‘Dukuduku added.

“You can’t expect a player from a small club to handle that pressure.

“You can’t sign a player just because he had a good game or even scored against Pirates or Chiefs. No, no, no.

“You must do proper research on the player. If you are a big team, you can’t compromise on quality and you have to maintain high standards all the time,” the Soweto-born former player concluded.

According to several reports that have done the rounds in local media and in Ghana, the black and white side of Soweto could be Sulley Muntari’s next home.

Can you picture Orlando Pirates’ jersey on Muntari at the Orlando Stadium? This agent does not envision that at all.

The Ghanaian agent, who works in the PSL, has explained why the idea is not going to materialise. Read the full story here.