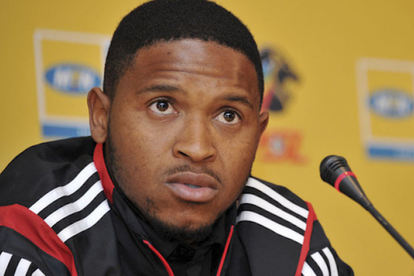 Former Orlando Pirates star, Thandani Ntshumayelo, who now plays his football at Swallows FC, became a hero to his dad.

As widely reported across Mzansi media, Ntshumayelo became the first-ever local to be found guilty of using cocaine before he was banned for two years.

The player named “Bibo” confirmed that his family was left in shame but did not forget the support Ntshumayelo delivered before his fall from grace.

The former Bucs player from Heilbron further revealed that he helped fund his father’s medical studies.

“They were disappointed but they also know that I did a lot of things that were right,” Ntshamayelo told Soccer Laduma in a recent edition.

“I was able to help my dad and today he is a doctor. I was paying for my sister at school, looking after the family, and so on.

ALSO READ: Ex-Orlando Pirates striker on borrowed time after reports of being DRUNK at training

“When I turned pro, my dad went to school to do medicine. He is a very strong man. Someone I look up to.

“I want to be a father like that to my children. He showed me you can do anything, no matter how old you are.  He was 40 when he did medicine,” the SuperSport United academy product added.