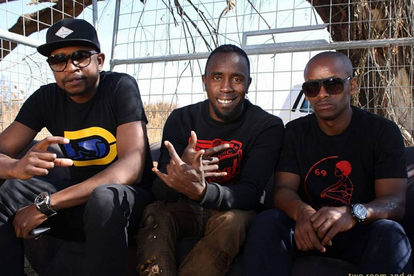 Remember Gerald Modabi at Orlando Pirates during mid-2000s? You’re forgiven if you can’t. The club have had so many midfielders with short stays.

Just a brief background, Modabi began his long career at SuperSport United as a teenager, before later earning a dream move to Orlando Pirates.

His dim career at Bucs later made him a journeyman to the likes of Jomo Cosmos, Dynamos, and Bidvest Wits before hanging his boots in 2013.

Speaking during a reflective chat via YouTube’s TK Solutions TV, Modabi described how he swiftly went from carrying R5 to school to earning R3 000 at SuperSport United.

“After I turned professional, I really had nobody to guide me,” he said.

“The first money I had in my hand… I literally was taking R5 to school as a matriculant in 1999. August that year, I signed with SuperSport. I got R3 000.

“I had two phones. I had two Carvellas shoes.

Check out the full video below as shared by YaseB via Twitter.

In a closely related story, Dumisani Zuma’s ex-coach has suggested the damage has been done in terms of Zuma’s career.

Zuma is apparently ruined. This is according to his former coach in the ABC Motsepe League.

The player known as Msholozi is facing an uncertain future at Kaizer Chiefs after his drunk-driving arrest and suspension by the club late last year.

The Pietermaritzburg-born player was welcomed back to training at the start of 2022 but that was it. The 26-year-old is yet to get on the matchday green grass since last year in the CAF Champions League.

“Part of the blame is on (Bloemfontein) Celtic because they didn’t put him in to stay with a family to provide guardian support when they signed as a teenager but just gave him R4000 for accommodation,” the former coach said. Read the full story here.