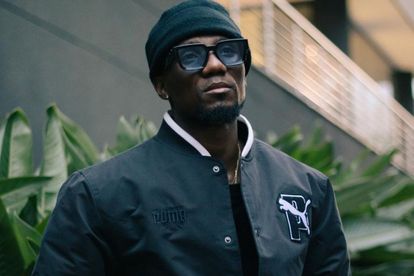 Teko Modise sure looks great in fashion clothing as much as he did wearing the kits of Orlando Pirates and Mamelodi Sundowns.

The former Bafana Bafana international, who also makes his money as a television pundit on SuperSport TV these days, often finds time to delight social media users with his fashion tastes.

The Soweto-born star recently took to Instagram to show off a Puma jacket worth over R 2000, this is according to Puma’s local online fashion store.

Check out the images below:

In a related post, Bucs’ attacking midfielder Thembinkosi Lorch also showed off what he is capable of when it comes to drip and fits.

The Bloemfontein-born player, known as “Nyoso” first blessed followers on Twitter with an all-white outfit.

The look includes what looks like a Gucci hat, a white Moschino t-shirt that costs over R 2000, white jeans, and equally expensive-looking white sneakers.

The image drew over 2 000 likes. Read the full story here.