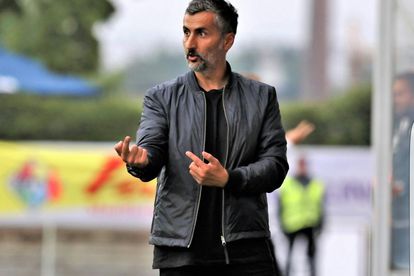 Orlando Pirates dropped something of a bombshell with the appointment of little-known José Riveiro as head coach. Photo: SABC Sport

Orlando Pirates dropped something of a bombshell with the appointment of little-known José Riveiro as head coach. Photo: SABC Sport

It’s nothing really rare. Orlando Pirates have a new coach again as the Sea Robbers often do nearly every season.

As The South African website reported in June, the Soweto giants surprised us all, probably the players as well, by naming Jose Riveiro as the new coach.

The Spaniard has replaced the duo of Fadlu David and Mandla Ncikazi, though the latter has remained as a second assistant.

With over a month in Mzansi and plenty of training sessions with the team, what is the 46-year-old Spaniard like in terms of his football and attitude?

According to Mosele, Riveiro is a man of attacking football (though nobody has ever declared they’re a defending coach).

“The good thing is that we have the same objective now as a team, the coach wants results, and he’s someone who likes attacking football,” Mosele said via Soccer Laduma.

“He likes his team to play on the front foot and defend as a unit.

“With the quality, we have at the team, I’m confident that in the next season, we will see a different Orlando Pirates,” the 22-year-old from Khuma, North West added.

In the meantime, Riveiro will make his PSL debut when Bucs kick off the PSL new season at home to Swallows FC on Saturday 6 August.