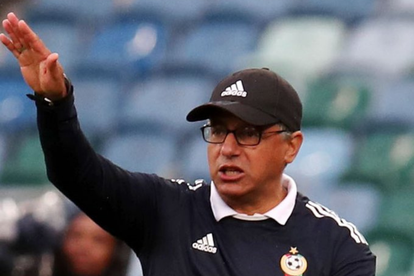 It’s May and Orlando Pirates’ management probably have very little certainty on who will coach the Bucs next season.

The Soweto giants have been presented with Algeria’s Adel Amrouche.

Isn’t it puzzling to find Bucs linked with a string of coaches while Mandla Ncikazi and Fadlu Davids are one foot in the CAF Confederation Cup? It is but this is Orlando Pirates, where there have been 10 changes in 10 seasons.

Following rumours of Benni McCarthy and Ruud Krol, the newest report on a possible candidate is now the former Botswana national side coach Amrouche.

“Adel Amrouche is currently unattached and is open to coming to South Africa in his next deal,” a source told Soccer Laduma.

“He is a big coach and he’s got people in South Africa who are working on offering him to Pirates for next season. He is the same coach who was on the radar of Chiefs at some point.

“The coach is keen to work in the PSL because he says he has worked in North, East, Central and elsewhere in Africa but it is in the Southern part of the continent that he hasn’t got a fair chance with a good project.

“He is an experienced coach who holds a Uefa Pro License,” he concluded.

Orlando Pirates and Gabadinho Mhango are reportedly reaching the end of the road together. The 29-year-old revealed the news to a Malawian publication this week.

According to the report, Mhango and his agent, the prominent Mike Makaab, had a meeting with Bucs regarding his limited game-time since the arrival of Mandla Ncikazi as the co-coach this season.

The meeting was where the player and club agreed to part ways at the end of this current season. Read the full story here.