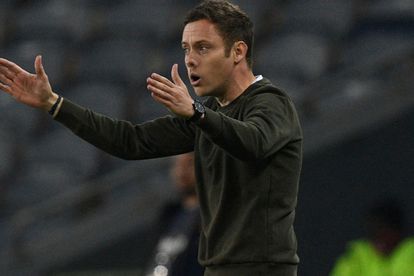 Righto, the upcoming MTN8 final between Orlando Pirates and AmaZulu is already showing sparks of fire. Can Saturday 5 November speed up?

As confirmed last Sunday, AmaZulu knocked out Kaizer Chiefs to set-up the 2022 final with Orlando Pirates, thanks to a Gabadinho Mhango away goal in the first left at Soccer City on 2 October.

On the other end, Pirates simply fired into the final as the hot favourites. Not anybody in Africa can annihilate Sundowns 3-0 as the Sea Robbers did last Saturday in Polokwane.

ROMAIN FOLZ NOT AFRAID OF BUCS

During an early look ahead to the game, the 32-year-old Frenchman admitted he respects Pirates but fear is not what we should expect from him and his team.

“It is going to be a tough game, Pirates are a very good team just like Chiefs,” Folz told the media as quoted by FARPost.

“But at the end of the day, if you want me to tell you if they are better than us or something, No. We are absolutely not scared of them or any team that you put in front of us.