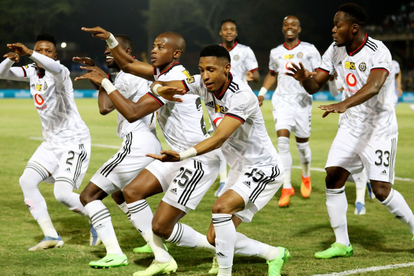 Isn’t it a good time to be an Orlando Pirates fan? The team has taken an early lead at the top and are three matches away from MTN8 glory.

Following six league games, the Sea Robbers have only lost once while drawing two games and winning three.

The positive results in the league transitioned into the first cup tournament as Bucs defeated Royal AM 2-1 to book a place in the MTN8 semi-finals.

Surely something heavy and shining is coming out of this season? Well, we shall see.

Coming up next for the Soweto giants is a trip to the KwaZulu Natal midlands to face Maritzburg United on Sunday at 17:30.

What do you make of Bucs so far? Let us know in the comments section below.