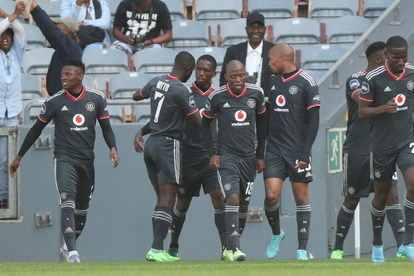 For the very first time this season, Orlando Pirates will start a football match without Goodman Mosele.

Jose Riveiro’s number one choice advanced central midfielder Goodman Mosele has accumulated three yellow cards. This means that the 22-year-old who was born in Qonce and grew up in Stillfontein will be illegible for selection against Maritzburg United on Sunday.

The news was confirmed by the Premier Soccer League via social media this week, as posted by Unplayable. Royal AM’s Kethukuthula Ndlovu will also miss out.

Coach Riveiro is therefore expected to be an option like Fortune Makaringe to face his former club.

FIVE THINGS TO EXPECT FROM THE MARITZBURG UNITED TRIP

The mighty Pirates are on the road looking for points again. This time the location is the KwaZulu Natal midlands to battle Maritzburg at the Harry Gwala Stadium.

Although Mamelodi Sundowns and AmaZulu may overtake the Sea Robbers if both teams win against SuperSport United and Kaizer Chiefs respectively this weekend, Pirates may reclaim the top spot by 19:00 on Sunday evening.

The lead could be even larger if Sundowns draw or lose to Matstantsa a Pitori, and the same applies if Usuthu fail to get a result against Amakhosi. Read the full story here.