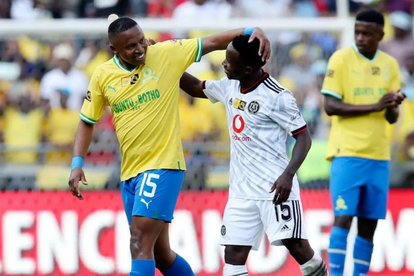 South Africa will come to a standstill when the two giants clash at the Peter Mokaba Stadium at 15:30 this afternoon.

The first leg which took place at the Orlando Stadium earlier this month ended in a goalless draw.

The other semi-final will be contested between AmaZulu and Kaizer Chiefs on Sunday afternoon.

Action at the Peter Mokaba Stadium gets underway at 15:30. The match will be televised live on SuperSport PSL and SABC1.

Mamelodi Sundowns vs Orlando Pirates: How to LIVE STREAM

“An away goal can be an important factor at the end of a game, but we need to score and we didn’t (in the first leg).” the Orlando Pirates coach told reporters.

“There is no advantage for anyone so far, but we need to score. At this moment the score is 0-0.

“I am sure that both teams will start the game looking for that advantage (to score). So, it won’t change the way we prepare for the game, the approach, and the players we are going to select.

“We have been having three days between the games and we are trying to use the time as best as possible to prepare for the tough game and special journey on Saturday.”