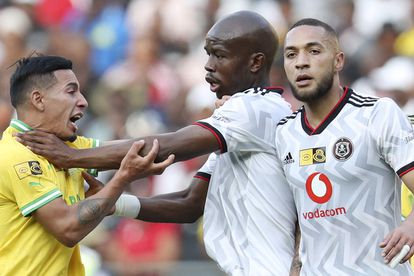 Jose Riveiro’s side will be desperate to get back to winning ways after their shock midweek loss against Sekhukhune United.

Standing in their way, however, is a high-flying Richards Bay side who sit above them on the log standings.

Richards Bay on the other hand sit in second spot with 17 points from their opening nine matches.

Action at the Orlando Stadium Stadium gets underway at 20:00. The match will be televised live on SuperSport PSL.

Orlando Pirates vs Richards Bay: How to LIVE STREAM

“Not the first half we wanted to play even though we started quite okay the first 15 minutes,” Jose Riveiro told SuperSport as quoted by KickOff.

“After that Orlando Pirates didn’t manage to resolve the pressing that Sekhukhune proposed in the second half.

“My feeling in the beginning of the second half was that we are already dominating the game.

“Just before they scored the goal, our feeling was that we gonna make it because we gonna get the advantage even with one less player. But we concede one goal towards the end of the game.”