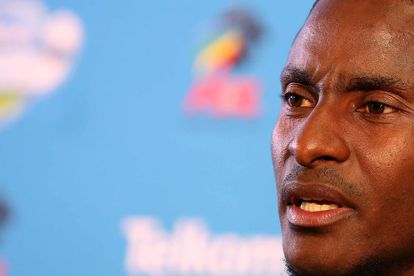 Former Orlando Pirates assistant coach Rulani Mokwena has begun life at Chippa United, and a former Buccaneer believes the move can only be a win-win for all involved.

After taking charge of the Buccaneers on an interim basis, Mokwena became the latest member of the club’s personnel to go for a stint at the Port Elizabeth-based outfit.

This is after he was appointed by the club, who were looking to replace former Zimbabwe head coach Norman Mapeza, who had an unceremonious exit earlier in the club.

According to former Bafana midfielder Benson Mhlongo, Mokwena can only benefit from the move.

“It’s not even about time, but you need to coach as a coach, so I’m happy for him. You can’t sit, you need to be in the game,” Mhlongo told KickOff.

“He’s going back to the game… so that we can see the talent he’s got. He’s got talent that guy. Ja, he’s got a bunch of talent, I’m happy for him.

“So I believe he’s going to make it. If he can transform a player, he can coach anywhere.”

At his new job, Mokwena is up against the infamous Chippa United revolving door.

Of the men who have recently taken the helm at the Chilli Boys, only Dan Malesela has survived an entire season.

Mapeza, who lasted 20 games before his resignation, was one of the more successful coaches at the club, having won eight matches during his brief stint.

Mokwena’s next assignment in the Chippa United hot seat will see him tackle Cape Town City at home on Friday, 20 March.